Thanks to the free trial periods, I’m testing this and that on Oracle Clouds.

While running a Ubuntu instance, I was stuck with a weird problem that made me pull out hairs for hours.

My problem was this:

I added several ingress rules in my default security list,

but the instance didn’t accept any connection to ports other than 22, the SSH port. 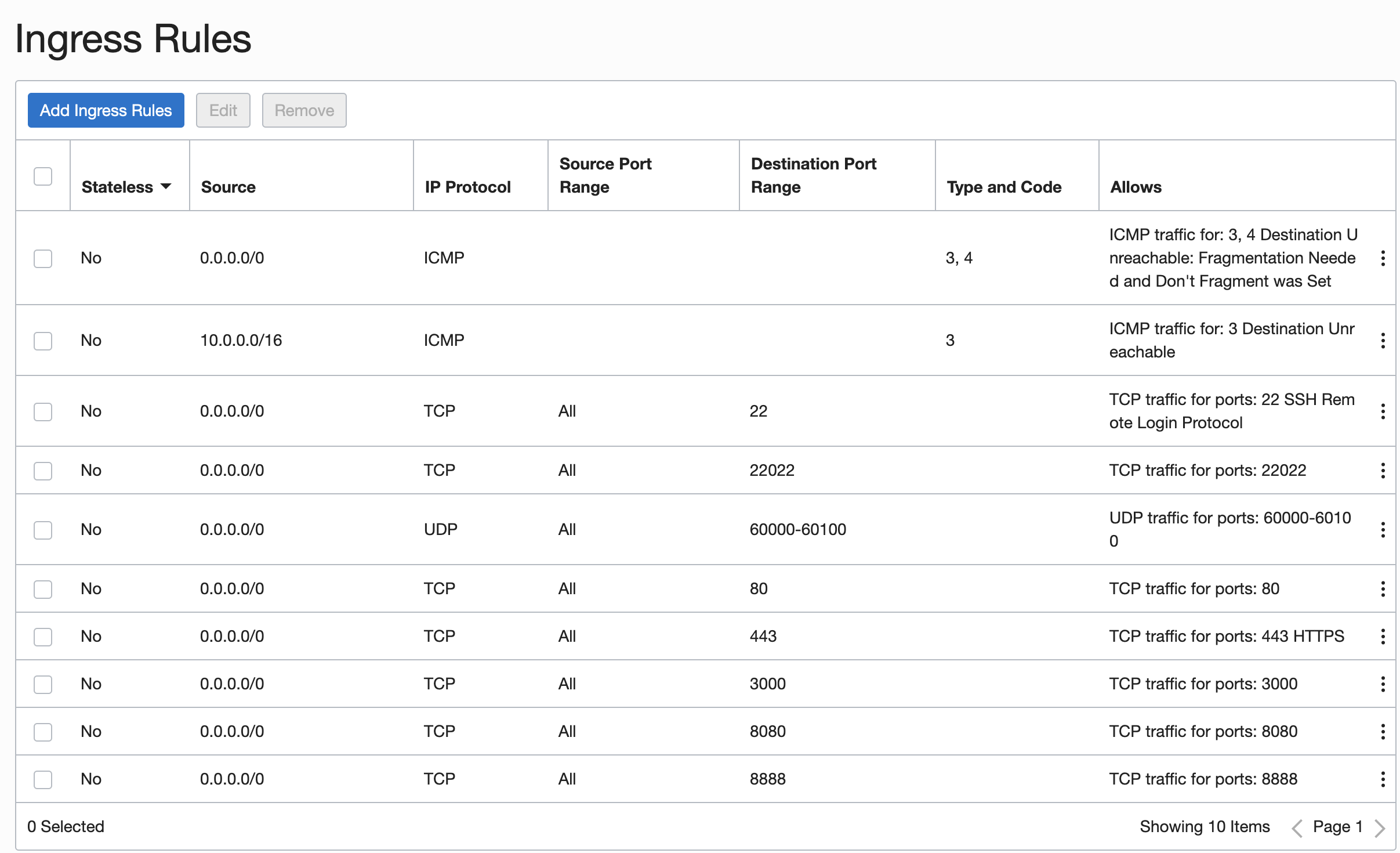 I looked into nearly every network setting in the Oracle Cloud console and searched for similar problems on the web,

After some time and more tests, I began to suspect that a firewall or something was blocking connections.

When SSH server on port 22 was down, it said connection was refused.

But when I tried connecting to other ports, it said no route to host.

Hmmmm… interesting, something was blocking connections.

I searched for any configuration for iptables.

There were two files in /etc/iptables/, and gotcha!

I found rules that were rejecting connections in /etc/iptables/rules.v4 file:

Because of these things, changes in the console would never have effects.

Amazon AWS’s Ubuntu images don’t have such configurations by default, so it maybe due to Oracle’s security policy.

I didn’t want to take Oracle’s default security policy down, so I just added following lines:

By both adding ingress rules on the console and inserting lines in /etc/iptables/rules.v4,

I could finally connect through other ports without any problem!

Oracle is a relatively new runner in the cloud race.

It needs some more work on it, but I think the new Always Free service is a really attractive starter for developers like me.